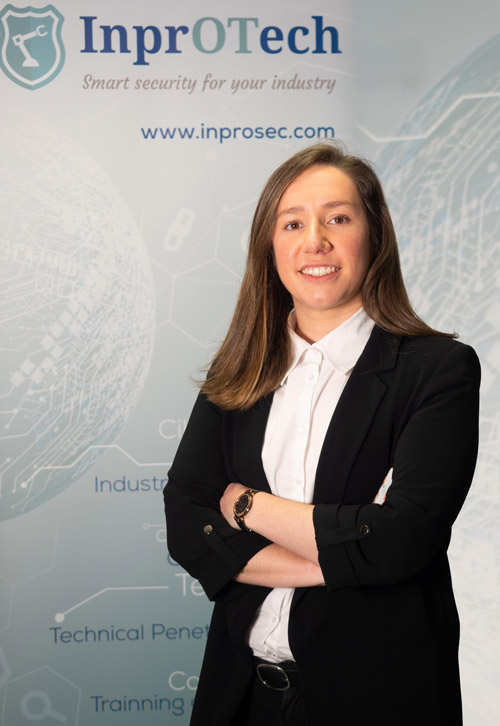 Alba’s career as a consultant at InprOTech began in 2018 and since then she has been involved in various projects for clients, related to audits and implementations based on international standards (NIST SP800-82, NIST CSF, VDA-ISA, etc.) In addition to her consulting role, she is involved in the internal R + D + i department, collaborating in the research and development of industrial cybersecurity solutions.

Currently, in addition to her role as a Consultant, she is both an internal and external Project Manager. He has previously worked at IS2 Global Telecom Solutions, collaborating in the optimization and initial adjustment projects of 2G / 3G / LTE technologies. In addition, she has been the recipient of various awards for research and development by Gradiant (first prize at LPRO Days at the University of Vigo) and by Telefónica (second prize at Hack for Good) ”.

Do you want to request a demo or a quote?
Feel free to contact us