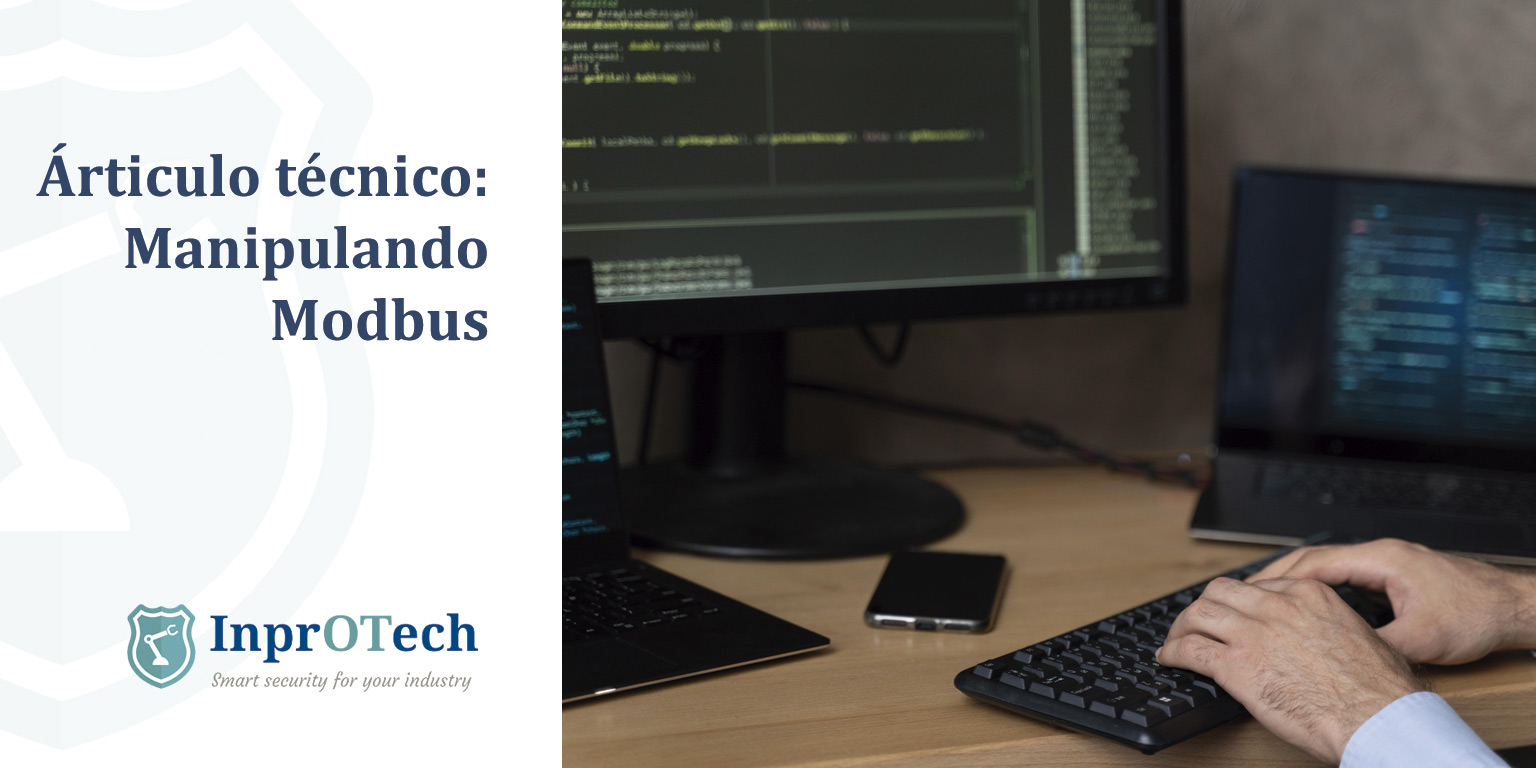 Modbus is the de facto standard communication protocol for the industrial world. It was initially designed to be used in serial communications (Modbus RTU/ASCII). However, not long ago, it was adapted to TCP due to the increasing popularity of the TCP/IP stack.
Since it was originally designed for controlled serial lines, Modbus does not have any security features. In this paper, we wrote several benchmarks to evaluate the performance of networking devices that run Modbus TCP.
Parameters reported by our benchmarks include: (1) response time for Modbus requests, (2) maximum number of requests successfully handled by Modbus devices in a specific amount of time, and (3) monitoring of Modbus devices when suffering a Distributed Denial of Service attack. Due to the growing adoption of IoT technologies, we present in this paper the modbus protocol and selected various tools to manipulate it.

hen dealing with ICS networks, Modbus is the most used protocol in the different industries. The reason behind it’s excessive use is that it was introduced to the market more than 30 years ago, and due to the industry limits of change over the past years, most of the industrial network is still using this protocol. This Serial communication protocol invented in 1979 by Schneider Electric and, developed for industrial application and Royalty-free considered as one of the standards for industrial communications.
In this work we start by presenting ICS basic knowledge and architecture. In chapter 2 we presented Modbus as an ICS network standard protocol. Then in chapter 3 we explained how to analyze the Modbus traffic. In chapter 4, we presented several tools to simulate and exploit the modbus traffic . Finally, we conclude this paper with our intake on this work.

Industrial Control Systems (ICS) are devices, systems, networks, and controls used to operate and/or automate industrial processes. These devices are often found in nearly any industry—from the vehicle manufacturing and transportation segment to the energy and water treatment segment. Supervisory Control and Data Acquisition (SCADA) networks are systems and/or networks that communicate with ICS to provide data to operators for supervisory purposes as well as control capabilities for process management. As automation continues to evolve and becomes more important worldwide, the use of ICS/SCADA systems is going to become even more prevalent.

ICS/SCADA systems have been the talk of the security community in the recent years due to Stuxnet, Flame, and several other threats and attacks. While the importance and lack of security surrounding ICS/SCADA systems is welldocumented and widely known, this research paper illustrates who’s really attacking Internet-facing ICS/SCADA systems and why. It also covers techniques to secure ICS/SCADA systems and some best practices to do so. A typical deployment often has a segregated SCADA network that is either connected via a firewall or air-gapped from the Internet. As in most ICS deployments, firewalls are a rarity, so please keep in mind that a firewall is not shown in the following diagram for this reason. There was also no mention of firewalls throughout the analysis. 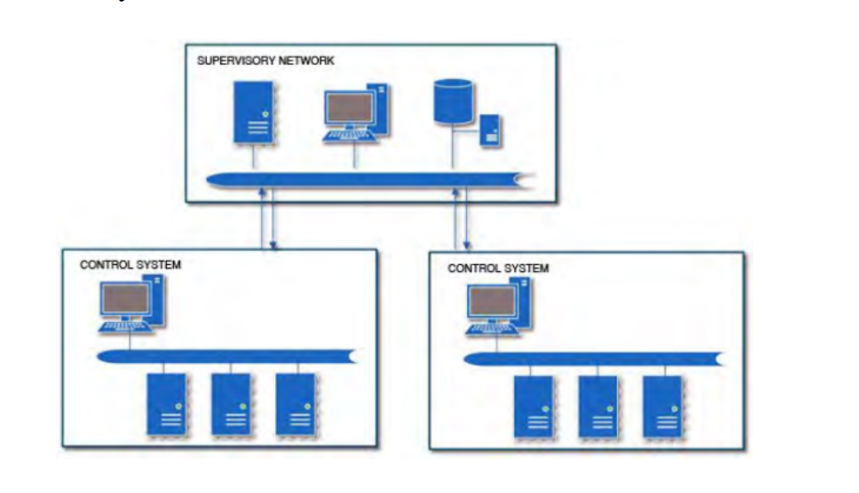 Modbus is an application layer messaging protocol, positioned at level 7 of the OSI model that provides Master/Slave communication between devices. Modbus protocol is used for transmitting information over serial lines between electronic devices. The device requesting the information is called the Modbus Master and the devices supplying information are Modbus Slaves.

In a standard Modbus network, there is one Master and up to 247 Slaves, each with a unique Slave Address from 1 to 247. The Master can also write information to the Slaves. Modbus is a request/reply protocol (Devanshi N. Patel, 2017). Modbus function codes are elements of Modbus request/reply Protocol Data Units (PDU). At the physical level, Modbus may use different physical interfaces like RS485, RS232. RS485 two-wire interface is the most common. RS232 serial interface is used for short distance communication while RS485 serial interface is used for long distance communication. The packet format of Modbus can be seen in the following table .

A Modbus message sent from a master to a slave contains the address of the slave, function code and data.

This code tells the slave which table to access and whether to read from or write to the table. In this system, read and write functions are used and the function code for read is ‘01’ for coil and ‘03’ for register. Function code for write is ‘06’. The most common Modbus functions allow reading and writing data from/to a PLC. Other functions, such as file read and diagnostics functions also exist. Undocumented Modbus function codes can also be used to perform specific actions. The following table shows the most commonly used function. 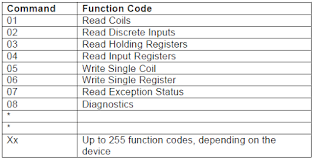 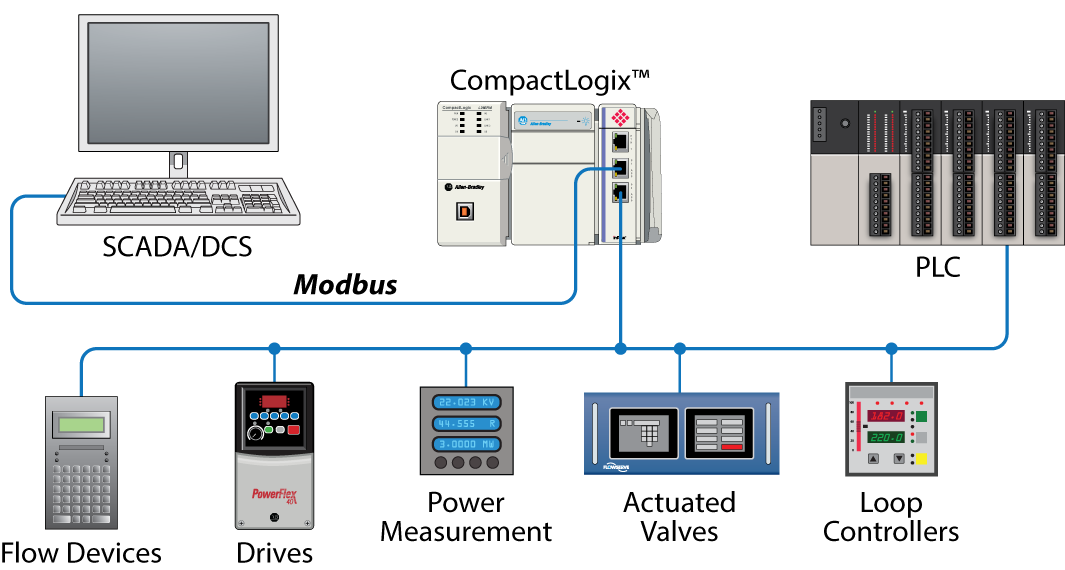 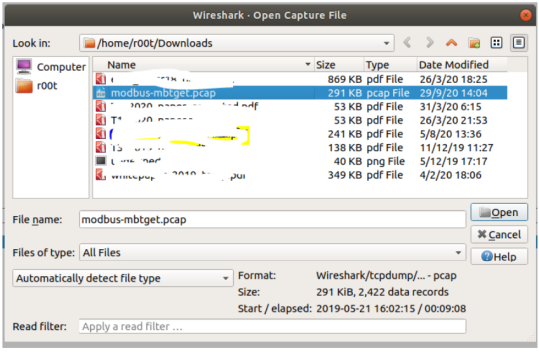 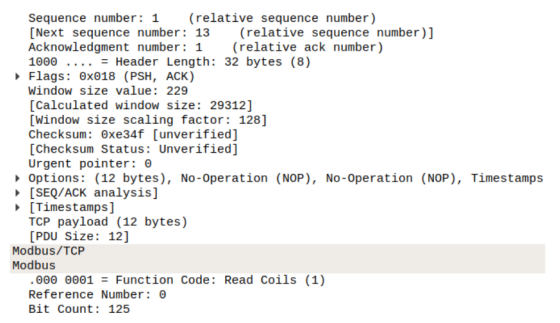 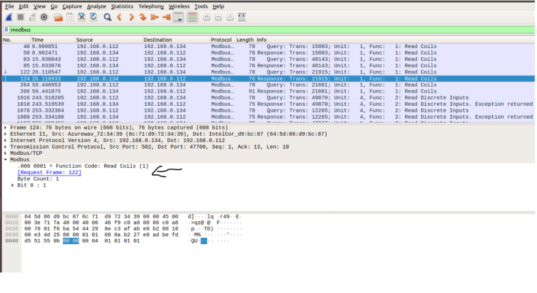 The following figure shows a change of multiple registers On QModMaster.

Because Modbus Master communicates with Slaves in plain-text and there is no authentication procedure, an attacker can easily generate the same format of query packets to Modbus Slaves to access/modify Slave’s registers/coils, as long as:

Hackers have incorporated Modbus attack modules in Metasploit, thus the second requirement above can be overcomed by using Metasploit. In Kali Linux, run ”msfconsole” to start Metasploit. When you search modbus, you can find the following attack modules:
In this experiment, we use a second Kali Linux VM (VM3: 192.168.1.103) to launch Metasploit attack. To satisfy the first requirement above, VM3 should be put in the same LAN as the target VM (VM1: 192.168.1.104) where ModbusPal is running.

We can use the Metasploit ”modbus findunitid” attack module to scan and find out if all Modbus Slaves existed in the LAN or behind a Modbus Gateway. For the two Slaves created by ModbusPal shown on Figure 2, the Modbus Slave scan procedure is illustrated in the following figure. The only parameter to set is the ’rhost’ IP address (target IP), and we can see Slave ID 2 and 4 have been found.

We can use the Metasploit ”modbusclient” [2] attack module to read/write registers/coils on a given Modbus Slave. The following test use the Modbus example shown in Figure 2. The default action for Modbusclient module is to read registers. The following figure shows how to read the 5 register values from Slave 2. Note that the ’data address’ 0 means the address 1 on ModbusPal GUI panel.

Now we change the ’action’ option to ”WRITE COILS” to write multiple coil values to Slave 4. The attack procedure is illustrated in the following figure. The 10 bits coil values can be seen updated on the Slave 4 on the target VM1.